How to Fix Move to iOS Not Working

Wonder how to use Move to iOS to transfer data from Android to iPhone 7, or other iOS devices? Check this post to solve the problem with six ways.

Download this easy-to-use tool to transfer any type of data, messages, photos, videos, notes, etc. from Android to iPhone 7/7 Plus easily.

“hello, I'm trying to make the switch from my Samsung S5 to the iPhone 6S by using the move to iOS however I can't get the devices paired.

I Get to the point where I have the code on my new iPhone 6S, enter this on to my Samsung yet they do not connect.

Both phones are connected to the same wifi until the code is displayed.

- A user questioned from Apple Support 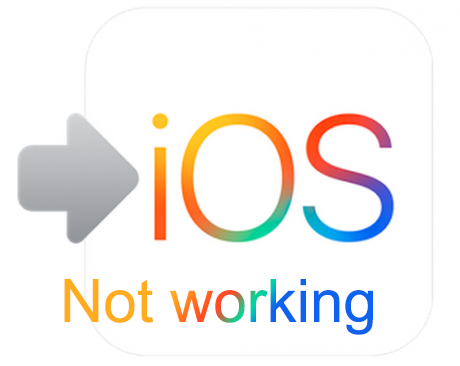 Move to iOS Not Working

Firstly, before we start with Move to iOS app, we need get awareness of:

Also Read: How to Fix Move to iOS No Code Issue >

How to Fix Move to iOS Not Working with 6 Methods

Method 2. Check the network connection on both devices.

Method 4. Set your Android into Airplane Mode, which can make sure that Wi-Fi will not be kicked off during the transferring.

Method 5. Switch off your Wi-Fi or switch between WiFi and mobile data on your Android, which is helpful to solve “Move to iOS could not communicate with device” issue.

Method 6. If those 5 tips don’t work well for Move to iOS not working problem, you should think about choosing another Android to iOS tool as an alternative. To make transferring Android to iOS as easy as Move to iOS app does, we recommend this powerful & free Android to iOS data transfer tool - AnyTrans.

AnyTrans supports transferring contacts, messages, songs, videos, photos, etc. between Android and iOS. Below are the steps to transfer data from Android to iOS with it.

Step 2. Choose what kind of data you would like to transfer (contacts, messages, calendar, call log, photos, music, etc.) and check it > Click right arrow to begin the process. 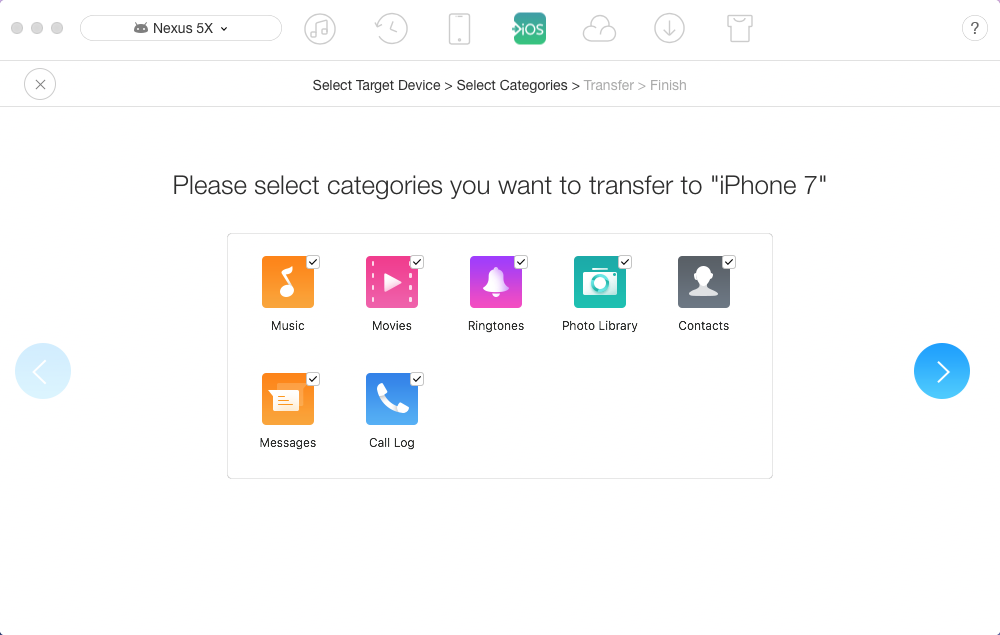 An Alternative to Switch from Android to iOS – Step 2

With these 6 ways, you can totally figure out Move to iOS not working issue. And if you have any other questions, you can contact us with emails, or just leave messages in the comments below.

Join the Discussion on Move to iOS Problems

1How to Use Move to iOS

3Move to iOS Problems and Fixes